Surveying is the art of making Such Measurements as Will determine the relative positions of points on the surface of the earth in order that the shape and extent of any portion of earth’s surface may be ascertained and delineated on a map or plan. It is essentially a process of determining positions of points in a horizontal plane.

Levelling is the art of determining and representing the relative heights or elevations of different points on the surface of the earth. It is the process of determining position of points in a vertical plane.

Surveying and Levelling are frequently considered as distinct operations. However, in its comprehensive sense, the term surveying includes levelling.

The primary purpose of survey is the preparation of a plan or map. The results of surveys when plotted and drawn on paper constitute a plan. A plan is therefore the representation of to some scale, of the ground and the objects upon it is projected on a horizontal plane. The representation is called Map if the scale is small while it is called Plan if the scale is large e.g a map of Pakistan and a plan of a Building.

Surveying may be divided into two general classes:

In Geodetic surveying also called Trigonometrical Surveying, it is necessary to take into account the curvature of the earth. Since shape of the earth is spheroidal, the line connecting any two points on the surface of earth is curved or is an arc of a great circle.

In a plane surveying the curvature of the earth doesn’t take into account, as the surveys extend over small areas. The earth’s surface is considered as a plane, the line connecting any two points as a straight line and the angle of polygons as a plane angles. It is therefore involves knowledge of geometry and plane trigonometry. American surveyors put the limit at 250 km2 for treating the survey as plane.

Thank You: Comments your Query

Introduction Primavera is the Enterprise Project Portfolio Management (EPPM) Software. It can be use for any type of project like Construction Project, other Business Projects etc. It is generally used for Project Management, Project Scheduling, Risk Analysis, Resource Management, Cost Analysis, Opportunity Management. The basic function of this software is to run the project smoothly … END_OF_DOCUMENT_TOKEN_TO_BE_REPLACED

This is one of the essential Documents while working in any construction Project. DPR actually shows the how your project are going on. It tells the progress of your construction work and other details like activities involve on each day, machinery involved or not, how many manpowers are there etc. You can add site pictures … END_OF_DOCUMENT_TOKEN_TO_BE_REPLACED

Bar-Bending Schedule (BBS) is the detail about cutting of rebars and quantity of rebars in a RCC Building,Bridges or any other RCC Construction project. It is clearly shows the cut length of rebars for each elements e.g footing, beams, column, slabs etc. This document is very helpful for steel fixers to follow the cutting of … END_OF_DOCUMENT_TOKEN_TO_BE_REPLACED 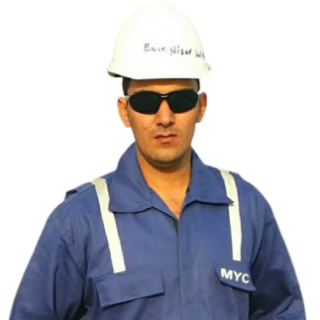